The Australia Adventure: Part 1 – Getting that Visa

It’s being a while, how has everyone being? Anyway, last weekend, I was in Dublin to attend an all nighter to watch the finals of EVO 2012. For those of you who are wondering what EVO is, it is basically the world’s biggest fighting game tournament and happens yearly in Las Vegas. The finals happen on a Sunday night and like last year, the Irish scene organised an all nighter in a gaming cafe to watch said finals ( and play some games while we’re watinig as well. ) It was a good night, though to say the least, I was pretty bushed the following day for obvious reasons!

For those who follow me on Twitter, I tweeted about this yesterday. Posting the following the image: 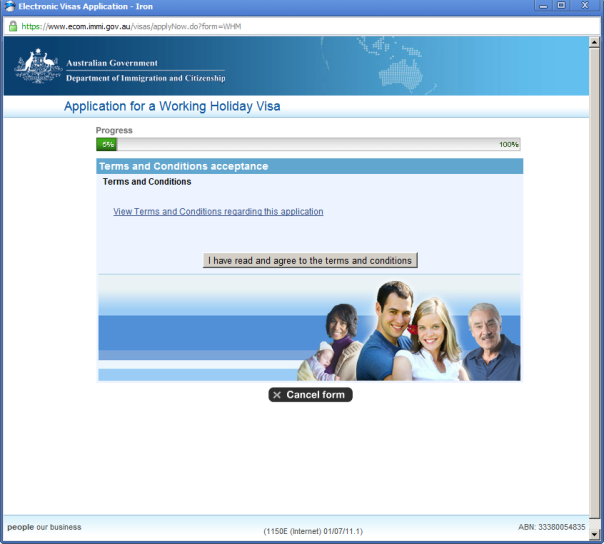 I was finally applying for my visa to go to Australia!

I had being all talk before but now I was going to make things more solid and certain. I took my time filling out the form, paid the fee and then sat back and waited it to process, checking it several times before I went to bed later that night.

I woke up to this email this morning; 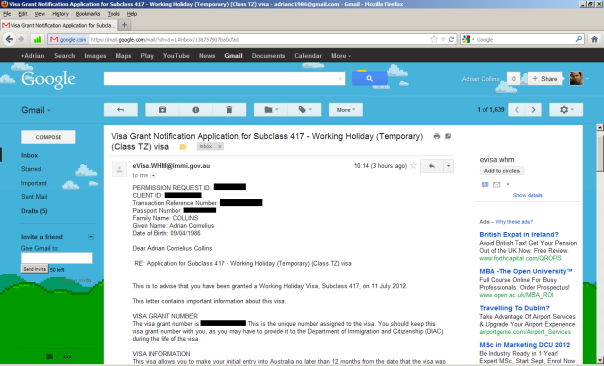 Yup, the visa had being granted! And with that, the first step has being completed. The next step now is to book the flights and inital accomadation, though I’m gonna leave that until closer to my chosen date of departure ( Mid – November, shortly before the deadline. )

Hopefully, nothing bad will happen between now and then that will prevent me from going. However, having taken the first step, the whole thing is now real with this. Stay tuned for future updates on this.